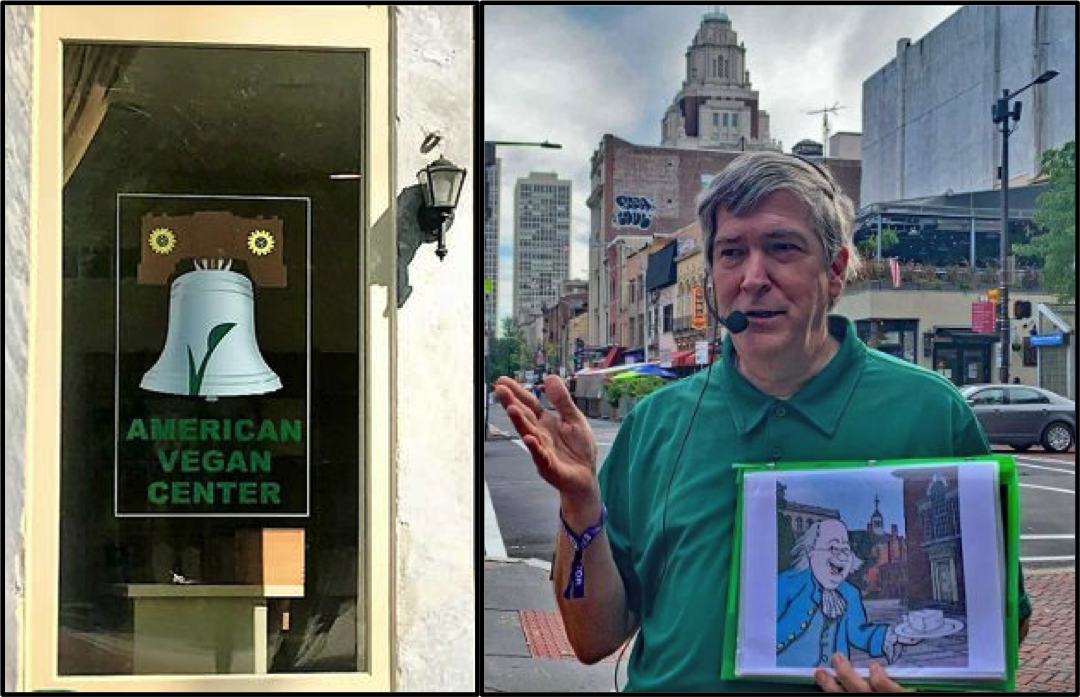 On Wednesday January 26 at 1:30 pm, all APT members are invited to attend a 76-minute Veg History walking tour. The tour starts and ends at the American Vegan Center at 17 N. 2nd St., across from Christ Church.

The Veg History tour from the American Vegan Center fills you in on an overlooked corner of Philadelphia history, namely its launching of the U.S. vegetarian movement. The tour launches just a few yards from the site of that launch, but that’s just one part of the parade of fascinating veg pioneers who made their mark on the Philly scene and often on the national scene. The stories of activists such as Benjamin Lay, Anthony Benezet, Caroline Earle White, Angelina and Sarah Grimke, and Bronson Alcott show how the meatless philosophy became part of the national conversation — in no small part due to the work of Sylvester Graham, who launched his career at the Franklin Institute. Oh yeah, and as he must, Benjamin Franklin also makes a cameo appearance, trying to help John Bartram grow soy for tofu, or “Chinese cheese.” Come on out and learn about this amazing thread through Philadelphia history.

Cost is $10/person. All those interested in attending should register for the tour at this link:

Check out the AVC website for more links with walking tour info and feedback from other attendees.

APT’s own Vance Lehmkuhl is leading the tour. The tour maxes out at 15, so sign up soon. We look forward to seeing you there!